Receptor tyrosine-protein kinase ERBB3, also known as HER3, is a membrane-bound protein that, in humans, is encoded by the ERBB3 gene. HER3 is the human epidermal growth factor (HER) family, which further comprises of HER1/EGFR/erbB1, HER2/erbB2 & HER4/erbB4. As an exclusive member of the HER family, HER3 lacks or has a little inherent tyrosine kinase activity. It often co-expresses and forms heterodimers with other receptor tyrosine kinases (RTKs) in cancer cells to activate oncogenic signaling pathway, particularly the PI-3K/AKT pathway and SRC kinases. Increased level of HER3 has been seen in a wide range of human cancers and is correlated with far worse survival in cancer patients with solid tumors. Activation of HER3 signaling has also been shown to promote cancer metastasis.

Cancer is the uncontrolled growth of cells due to genetic mutations in the differentiation of regulatory genes. Tyrosine kinase is an enzyme that signals the cycle of cell differentiation. The mutation in expression genes leads to overexpression, resulting in the uncontrolled proliferation of tumor cells. Tyrosine kinase inhibitors are small molecules that bind to the kinase enzyme receptor site available on the cell surface.

The global market is experiencing expansion at a substantially higher rate of growth due to an increase in health care expenditure and an elevated prevalence of cancer worldwide. A recent study revealed by researchers at the American Cancer Society states that in the U.S., at least 42%, that is 740,000 cancer cases are newly diagnosed in 2019. Similarly, as per the National Cancer Institute, around 1,735,350 new cancer cases were diagnosed in the U.S., and 609,640 people died from the disease in 2018.

Tyrosine kinase inhibitors (TKIs) offer umpteen benefits over chemotherapy and radiotherapy. Additionally, the expanding indications of existing and pipeline on TKIs have expanded the indication areas of tyrosine kinase inhibitors in order to address numerous unmet needs. The clinical pipeline of ERBB 3 is quite strong, which is expected to boost the entry of competitive products in the years to come.

Due to the increasing prevalence of cancer, it has become imperative to take the necessary steps to introduce innovative tyrosine protein kinase therapeutics in the global market. It is noteworthy that most clinical trials target only 43 protein kinases and about 50% of these inhibitors target kinases that are already being approved. Rising awareness about cancer diagnosis and treatment in underdeveloped and developing countries is subsequently adding fuel to the market growth.

Globally, the prevalence of cancer is rising at an alarming rate, subsequently boosting the R&D activities on receptor tyrosine-protein kinase ERBB 3. Similarly, many clinical studies are focusing on the biologic function of HER3 in the progression of erbB2-aberrant breast cancer. In the last few years, kinase signaling pathway has been witnessing massive popularity in the pharmaceutical industry as many studies reveal that compensatory upregulation of HER3 along with the sustained PI-3K/Akt signaling is implicated as an important mechanism, resulting in resistance to EGFR-targeted therapy. In addition, elevated expression of the HER3 ligand (HRG) is a possible mechanism of resistance to anti-EGFR antibody (Ab)-cetuximab in the treatment of patients with colorectal cancer.

Additionally, several key players, including Novartis, Roche, Glaxosmith, OriGene, Aveo Pharmaceuticals, Merus, and Acrobiosystems, are heavily investing in the robust R&D activities to extend their existing cancer therapeutics product portfolio. Other factors grabbing the attention of the key players include the importance of HER3 as an obligate partner for receptor dimerization and in resistance to HER2- or EGFR-targeted therapy and other therapeutics as a molecular target for cancer treatment.

In the last few years, the introduction of tyrosine kinase inhibitors reached a new level in the pharmacological anti-cancer therapy, which is subsequently increasing the investment from pharmaceutical companies. Moreover, the technological advancements in the field are compelling the players to develop highly safe and effective products with minimized side effects. Increasing awareness of HER3 function in drug resistance and tumor metastasis has critical implications in the directions of future studies. Various products are at different stages of clinical trials, which will be introduced in the global market in the years to come.

Elgemtumab Segment to Dominate the Market during the Forecast Period

Functional screening of selected clones for the ability to inhibit both ligand-dependent and independent HER3 signaling and cell growth inevitably resulted in the isolation of elgemtumab. It binds to an epitope comprised of an interface between domains II and IV of HER3 that is mainly accountable for the inactive form of the receptor. As a result, elgemtumab locks HER3 in an inactive form and prevents ligand-induced activation of HER3. It does not prevent the adhesion of HRG to the receptor.

Potent anti-tumor effects of elgemtumab have been shown in in-vivo xenograft studies with superlative tumor growth inhibition in conjunction with either Trastuzumab or cetuximab. Elgemtumab has been estimated as a monotherapy in clinical phase 1 studies of patients with advanced solid tumors, squamous cell carcinoma of head and neck (SCCHN), and gastric or breast cancers [NCT01598077 and NCT01911936]. Numerous Phase 1 or 1/2 studies of elgemtumab pooled with Trastuzumab or a pI3Kα-inhibitor in the breast, gastric, or esophageal cancers are enduring (NCT01822613, NCT02167854, and NCT01602406), leading to segmental growth.

ERBB3 plays an important role in mediating cellular growth and differentiation. Recently, it was identified that CD74-NRG1 fusions lead to overexpression of the EGF-like domain of NRG1 and activates ERBB3 and PI3K-AKT signaling pathways. The fusion was detected in lung adenocarcinomas and served as an important oncogenic factor for ERBB3 driven cancer. A sequential virtual screening strategy has been applied to ERBB3 crystal structure using databases of natural products and Chinese traditional medicine compounds to identify a group of small molecular compound, which has the capability to block ERBB3. 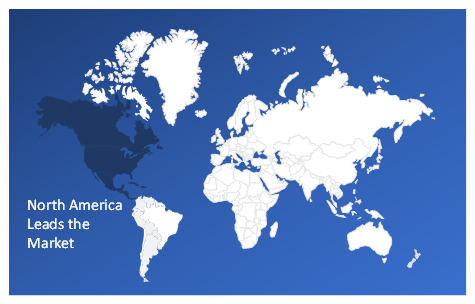 North America holds the largest share in the ERBB3 market on account of the increasing prevalence of cancer, rising healthcare expenditure, and growing awareness among the people regarding cancer treatment and drug resistance. HER3 is also associated with malignancies of several cancers, including ovarian, breast, prostate, gastric, bladder, lung, melanoma, colorectal, and squamous cell carcinoma. As per the National Cancer Institute, in the U.S. alone, about 1,735,350 new cases of cancer were diagnosed with an incidence rate of 439.2 cases per 100,000 people, and around 609,640 people died due to cancer in 2018. To attend to the dire situation, the governments in the region are encouraging umpteen clinical trials for suppressing HER3 using RTKs, belonging to the EGFR family.

Asia-Pacific’s receptor tyrosine-protein kinase ERBB3 market is projected to grow at a significant pace on account of the rapid increase in the disposable income, surging R&D activities, and growing awareness of cancer therapeutics among the population. In China, Japan, and India, increasing prevalence of cancer is positively driving the market growth. According to the Indian Council of Medical Research (ICMR), in India, around 2.25 million cancer cases are diagnosed every year. In Japan, the cancer rate is at 248 people per 100,000 people. The rising prevalence of non-small-cell lung carcinoma (NSCLC) and increasing level of pathogenic mutations, such as Epidermal Growth Factor Receptor (EGFR), is subsequently boosting the need for EGFR-targeting therapy with tyrosine-kinase inhibitors. Apart from this, the rising medical tourism and increasing investments by umpteen key players, such as Novartis and Sino Biological, in healthcare expansion are boosting the market growth.

Which is the leading segment in the Receptor Tyrosine Protein Kinase ERBB 3 Market?

Non-Small Cell Carcinomas Segment is expected to be the leading segment in Receptor Tyrosine Protein Kinase ERBB 3 Market during the forecast period.

Who are the active players in Receptor Tyrosine Protein Kinase ERBB 3 Market?

Which region is expected to hold the highest market share in the Receptor Tyrosine Protein Kinase ERBB 3 Market?