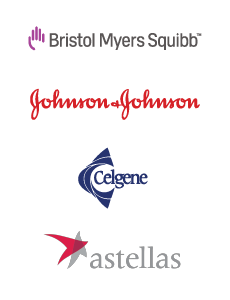 Cancer is caused by uncontrolled growth of abnormal cells in distinctive parts of the body; it gets severe with every elevating stage of the disease. Cancer treatment works in the direction of slowing down or eliminating the growth of abnormal cells in the body. Availability of precise and highly effective cancer treatment options with respect to new age technological advancements and minimizing aftereffects of the treatment are expected to drive the overall cancer treatment market during the forecast period 2019–2026.

The cancer treatment market is expected to witness exponential growth in the coming years as a result of the rising prevalence of various cancers across the globe and increasing spending on healthcare. Every year, the number of people suffering from cancer is growing at an unprecedented rate. Globally, 17 million people suffered from cancer in 2018, and it is expected to reach 27.5 million by 2040. Lung cancer is one of the most common types of cancer, followed by breast, bowel, and prostate cancer. For instance, 18 million and 17 million cases were found for lung cancer and breast cancer worldwide, respectively. In the U.S alone, 3 million men suffered from prostate cancer in 2019.  According to the American Cancer Society, in 2014, cancer patients paid approximately USD 4,000 million out-of-pocket for cancer treatment, and roughly USD 87.8 million was spent alone in the U.S. on cancer-related healthcare.

Today, numerous cancer treatments options are available in the cancer treatment market, and each one has its pros and cons. To study this market in a better way, we have categorized the market by therapy, application, and end-user.

Immunotherapy works by boosting the body’s immune system to attack specific cancerous cells and eliminate them. It is available in various forms including cancer vaccines, checkpoint inhibitors, cytokines, adjuvants, adoptive cell transfer, and targeted antibodies which are used in different cancer types. As of April 2019, the Food and Drug Administration (FDA) approved immunotherapy as a treatment option for nearly 20 cancer types and cancers with a specific genetic mutation. In 2016, Immunotherapy was accounted for USD 8766 million and is expected generate revenue of USD 17,056 million by 2026.

In the U.S, high prevalence of various cancers, including skin cancer, lung cancer, breast cancer, and ovarian cancer, among others is driving the market growth. According to the National Cancer Institute, in 2018, about 1,735,350 new cases of cancer were diagnosed alone in the U.S. with an incidence rate of 439.2 cases per 100,000 people, and near about 609,640 people died from the disease.

Prominent Players Active in the Market

Scope Of the Report

By Application
By Therapy
By End-users